If you have checked the weather and you know you’ll have to walk out into extremely cold temperatures, make a note to charge your battery before you leave. When exposed to cold outdoor air, your phone is at a higher risk of losing battery life at a much higher pace. Try using a portable power bank to keep battery issues at bay.

If you’re faced with the unpleasant situation of a sudden shut-down, make sure you are not immediately plugging it in – let your phone gradually warm up indoors before you attach a power supply as it could suffer internal damage.

Give It a Coat

Just like we bundle up when we have to face cold conditions, we should give our cell phones the same attention. Even if you already have a protective case against physical damage, you might want to invest in a case that keeps your mobile warm and toasty. If you can’t make the purchase right away, keep your phone in one of your coat or pants pockets. Keeping it appropriately covered in cold temps is a simple, quick fix.

Shut it down to heat it up.

For those of you who have already begun to deal with freezing temperatures, you may want to switch your phone to “Off.” Most cell phones have limitations when it comes to the kind of weather they’re exposed to, and winter conditions are no exception. Make the proactive choice by shutting your phone down before the possibility of facing damage even arises – you’ll thank yourself in the long run.

Mobile World Congress, which kicks off on Feb. 25 in Barcelona this year, will be hot. Besides foldable phones and hole-punch cameras, another trend we’ll see at this year’s event will be 5G.

And we’re not just talking about tests and promises of crazy-fast internet speeds sometime in the future — we’ll actually see several new 5G phones at the show.

Today, two major smartphone manufacturers, LG and Huawei, announced they would be launching 5G devices at the show.

LG, which is known for trickling out details about upcoming devices ahead of major launches, said on Thursday it would unveil its first-ever 5G smartphone at the MWC.

It’s unclear whether this is a variant of the LG G8, which is also likely to be launched at the event, or a different device. We know some of its specs, though: It will be powered by Qulacomm’s latest and greatest chip, the Snapdragon 855. It’ll also have a 4,000mAh battery and a vapor chamber cooling system which should do a better job at keeping the phone cool than traditional systems, including heat pipes (see diagram below).

As for LG’s other announcement, the company recently released a teaser video hinting at a new, touch-less UI for its devices. No other details were unveiled. 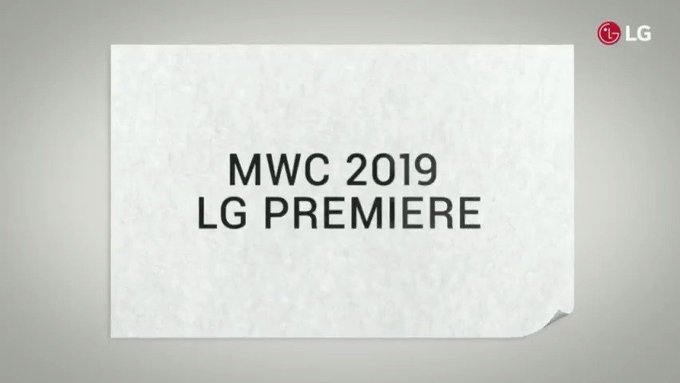 Huawei will also have a 5G phone at the show, the company announced at a Beijing event Thursday (check out the video below at 1:11:00 . Even better: Huawei will combine this year’s major trends into one by launching a foldable 5G smartphone.

No other details about the phone were revealed, but it sounds like it’ll be a separate device from Huawei’s P30 Pro, which is also expected to launch at MWC or shortly afterwards. With companies such as Samsung and Xiaomi teasing foldable phones of their own, it’ll be interesting to see what the world’s second-largest smartphone manufacturer has in stock.

While we don’t know much about Huawei’s upcoming phone, we know a little bit about its 5G chip, Balong 5000. It can achieve download speeds up to 4.6Gbps or 6.5Gbps, depending on the spectrum used. We’ll see the chip in phones, home routers and other 5G devices, though don’t expect to see it used much in the U.S., whose officials have lately been publicly warning against the use of Huawei equipment due to fears of espionage.

We’re likely to see other 5G smartphones at or MWC. Samsung is rumored to be launching a 5G variant of its Galaxy S10 flagship in 2019, though it’s unclear whether this launch will happen at its February 20 “Unpacked” event ahead of the MWC, or later in the year.

Other manufacturers which might launch or at least unveil more details about their 5G phones during the MWC include OnePlus and Oppo, though details about those phones are non-existent.

In any case, 2019 will definitely be the year of 5G. With major manufacturers announcing 5G devices, and carriers such as AT&T, Verizon and Sprint launching or expanding their 5G networks this year, we’re finally moving into the era of super-fast mobile internet.

We’ll be there at this year’s Mobile World Congress to check out all those 5G in person; stay tuned for our coverage.